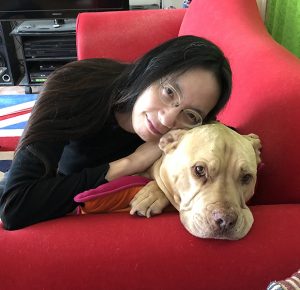 Mission Statement
Skyscrapers. Highways. Housing estates. A lot of our natural environment is slowly being swallowed up by urbanisation and technology that embrace the use of artificial intelligence. Every year, hundreds of animals lose their natural habitats due to the greediness of mankind and many complex eco-systems are destroyed.

As a multimedia artist, my aim is to preserve the memory of such delicate environments through soundscape and music, and raise awareness to the beauty of the world as Mother Nature intended. Urbanisation may be good for population growth of humans in general but the animal population is also declining at an alarming rate.

So, the next time, you venture out into the urban jungle, take a step back and have a good listen of the natural world around you. Please don’t let mankind destroy what’s left of Mother Nature.

Art
Art has been part of my life for as long as I can remember. As a teenager, my parent sent me to private art classes to learn to paint in watercolour. However, as I grew older, I developed an interest in pencil art.

I started drawing seriously in 2015 and am currently aiming for hyperrealism. I mostly work on wildlife - both British and Australian. I am currently attempting to master pastel drawings.

Music
Like art, music has also been part of my life for as long as I can remember. I learnt to play the recorder at a very early age before my parents sent me to have piano lessons when I was 9. This gave me the basis of music theory. In my teens, I composed a melody for piano known as Bush Aussies which eventually became the second half of Desolate Plains. Ironically, the first half of Desolate Plains was the second composition I did!

In early 2018, I taught myself to play the flute which led me to compose and arrange more serious classical pieces. At this stage, I only had the melodies of several short songs written down and, with the magic of a music notation software, I began to combine some of the songs together and add additional instrumentation to result in the songs you hear on this website.

Photography
I’m a self-taught nature photographer who likes to capture the beauty of Australia when I get a chance. I developed a passion for the camera in late 2011 which has gone from strength to strength ever since. When time and finances permit, I enjoy travelling around Australia with my family to capture that special photograph.

I was also the official photographer for Upstage Theatre until they ceased productions in 2018.

Scriptwriter
You wouldn’t think LEGO would have much of an influence on a young writer. However, that’s exactly what inspired me to write my first story at the age of 12. My brother and sister were sitting on the living room floor, playing with a huge pile of LEGO in front of them. I looked up at their creation and saw a strange-looking house staring straight back at me. It was here that I had an idea for a rather silly story about a pair of twins time-travelling to the future.

My thirst for writing didn’t stop there. By the time I reached high school, I had written more short stories which have now been lost to the ages. Oddly enough, much of my writing was centred around time-travel. One story I remember was about a young girl who was accidentally whisked back to the Middle Ages and had to find her way back.

When I left high school, I had more ideas flowing through my head than I could put to paper. By the 2000s, I decided to write one of those ideas down which ended up being a three-part novel set in the near future.

I have been writing creatively since 1990 and have spent the last two decades specialising in screenplays and audio plays.

Sound Designer
My passion for sound design blossomed when I was at university, studying for my Media Arts degree in 2008. The development was quite accidental as I had originally wanted to focus on film and TV production. However, one of the courses on offer was Sound Art which I excelled at. There, I specialised in sound design and have since created several audio projects from scratch.